To share your memory on the wall of Sharon Hoffman, sign in using one of the following options:

To send flowers to the family or plant a tree in memory of Sharon M Hoffman (Arthur), please visit our Heartfelt Sympathies Store.

Receive notifications about information and event scheduling for Sharon

We encourage you to share your most beloved memories of Sharon here, so that the family and other loved ones can always see it. You can upload cherished photographs, or share your favorite stories, and can even comment on those shared by others.

3 trees were planted in the memory of Sharon Hoffman

Posted Dec 11, 2020 at 01:23pm
From the beginning years of Sharon starting at Chadron State College through her professional life as a music educator, it has been a pleasure to be her professor, colleague, and friend! Sharon was an outstanding music student in both trumpet and voice. As a music educator she became a strong leader in Nebraska particularly Western Nebraska, in the state, and in the region. She exemplified her caring for students and instilled her love of music to many, many fortunate students. Sharon was always willing
to assist colleagues in promoting music education. Sharon will be greatly missed and our thoughts and prayers go out to her family.
Bill and Carola Winkle
Comment Share
Share via:

Posted Dec 11, 2020 at 11:43am
Ron and family: We just learned of Sharon's passing today and our hearts go out to you. There are no words at times like these, except to say we will be praying for you in the days and weeks ahead. Our deepest sympathy. Tim and Janice
Comment Share
Share via:
KK

Posted Dec 11, 2020 at 10:08am
You are in our thoughts and prayers. We are all blessed to have known Sharon, and proud to be part of her family. We love you Sharon!

My deepest condolences to Uncle Ron, Michaela, Sarah, Jacob, and family. You are all in our hearts and prayers. 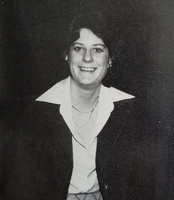