To share your memory on the wall of Robert Painter, sign in using one of the following options:

To send flowers to the family or plant a tree in memory of Robert Lewis "Bob" Painter, please visit our Heartfelt Sympathies Store.

Receive notifications about information and event scheduling for Robert

We encourage you to share your most beloved memories of Robert here, so that the family and other loved ones can always see it. You can upload cherished photographs, or share your favorite stories, and can even comment on those shared by others.

Posted Apr 22, 2021 at 10:16pm
Nathan and the Painter family, sorry to hear about the loss of your Father and of your Mother. I have fond memories of the visit I made in 2008 and the tour of your beautiful Morgans. My condolences to you and your family .
Rene Pombert
Belle Coulee Morgans
Comment Share
Share via:
EB

Posted Apr 21, 2021 at 05:47pm
To the family of "Bob",
Although we didn't know Bob, or any of his family, except for Dr. Painter, after reading his obituary we wish we could have known all of you. As ranchers and farmers our selves, we feel a kinship with him and his family. The world is a less better place without him.
In times of tears, remember the laughter. In times of sadness, remember the smiles. In times of loneliness, remember all you shared. Hope it helps you to know you'll have those warm, loving memories forever.
May God comfort your hearts today and bless you with endearing memories that your hearts will always treasure. With our heartfelt sympathy and prayers.
Evelyn & Jay Birdsall
Comment Share
Share via: 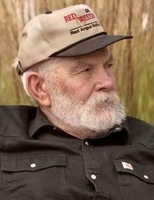