To share your memory on the wall of Larry Fisher, sign in using one of the following options:

To send flowers to the family or plant a tree in memory of Larry Gene Fisher, please visit our Heartfelt Sympathies Store.

Receive notifications about information and event scheduling for Larry

There are no events scheduled. You can still show your support by sending flowers directly to the family, or planting a memorial tree in memory of Larry Gene Fisher.
Visit the Heartfelt Sympathies Store

We encourage you to share your most beloved memories of Larry here, so that the family and other loved ones can always see it. You can upload cherished photographs, or share your favorite stories, and can even comment on those shared by others.

Posted Mar 14, 2021 at 12:36pm
Our thoughts & prayers are with Judy & all of Larry’s family. We alway’s looked forward to seeing Larry & Judy with their big smiles, enthusiasm & love for everyone.
Great friends & we love them. RIP our friend.
Ron & Rose Greckel
Comment Share
Share via:
CK

Posted Mar 10, 2021 at 08:03pm
Dear Judy, Shannon and Micheal and Families. So Awfully Sorry to see of Larry's passing.....He was Truly a Special Guy, He will be missed by Many......Lots of Memories of Him and Kep at District 5........Sending you all Love and Prayers..Heaven did gain One Hellva Guy.......Connie Kepler-Deal. Sierra Vista Arizona
Comment Share
Share via:
JM

Posted Mar 10, 2021 at 11:31am
Larry was a good man. He was a good friend to my Dad Jim Green. They enjoyed the love of baseball together. We lost dad this last September so I am sure they are catching up in Heaven. I know that no words I say will take away the pain but know that the memories are so comforting and enjoy those. Sending extra prayers to Judy, Mike and the rest of the family. God Bless.
Comment Share
Share via:
DD

Posted Mar 09, 2021 at 11:12pm
Larry is a very good friend to me and my family. My dad (Richard Dermer) were very good friends. I started at NDOR on January 18, 1988, Larry was one of two that interviewed me, he helped me to get the job. Larry was one of my best & favorite bosses I"ve ever had at NDOR or in my life. I will miss Larry very much and wish you all the Deepest Sympathy, Judy and family. With my thoughts and prayers, David L. Dermer 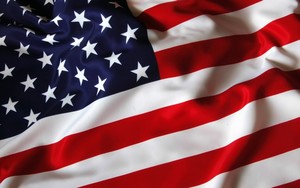