To share your memory on the wall of Beulah Betz, sign in using one of the following options:

In lieu of flowers, memorials may be made to Heritage Estates in Gering.

In lieu of flowers, memorials may be made to Heritage Estates in Gering.

Beulah was born December 2nd, 1932 in Dunning, Ne to Clifford and Grace (Prosser) Murray. She married Henry Betz on March 12th, 1955 in Minatare, Ne and to this union, they had four daughters. Beulah was a kind-hearted person who loved spending time with her family and spoiling her grandkids. She was a wonderful cook who loved cooking for her family. She enjoyed playing cards, putting puzzles together, her dogs, Dr. Pepper, playing bingo and having grandkid sleepovers.

To send flowers to the family or plant a tree in memory of Beulah Betz, please visit our Heartfelt Sympathies Store.

Receive notifications about information and event scheduling for Beulah

We encourage you to share your most beloved memories of Beulah here, so that the family and other loved ones can always see it. You can upload cherished photographs, or share your favorite stories, and can even comment on those shared by others.

Bernadette Sanchez sent flowers to the family of Beulah Betz.
Show you care by sending flowers

Posted Nov 09, 2020 at 04:20pm
To Linda Ainslie, Please accept my most heartfelt sympathies for your loss.. My thoughts are with you and your family during this difficult time. 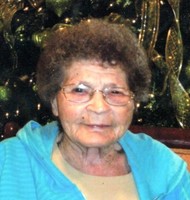