To share your memory on the wall of William Wisswell, sign in using one of the following options:

To send flowers to the family or plant a tree in memory of William Henry "Bill" Wisswell Sr., please visit our Heartfelt Sympathies Store.

Posted Feb 23, 2021 at 01:31pm
There are too many memories to mention about my Dad. I am truly lost without you. I love you so very much!
Comment Share
Share via:
KS

Posted Feb 17, 2021 at 09:23am
I remember seeing Bill at your house and also at places in town. Unfortunately I have lost track of you Janet and Jennifer. I am sorry for the loss of Bill. When things settle down, give me a call. Karen Spagnoli
Comment Share
Share via: 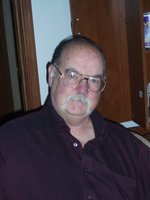