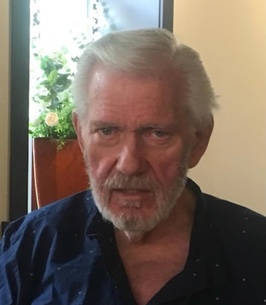 William (Bill) F Coleman passed away on February 8, 2022, in Lincoln, NE. Bill chose cremation and to be buried in the Gering Cemetery next to his wife. Bill's wish was not to have a funeral service. The family is planning a celebration of his life to be held later this year. Bridgman Funeral Home is managing Bill's final arrangements. Any condolences or memorials can be sent to Bridgman Funeral Home in Scottsbluff, NE or by viewing Bill’s memorial page at www.bridgmanfuneralhome.com.
Born on November 3, 1944, in Sutherland, NE to Marion and Augusta (Ehlers) Coleman. Bill was the youngest of four siblings. Beginning his life in the sandhills of Nebraska on the family cattle ranch located north of Paxton. His education started in a one room school house deep in the sandhills and later after the family moved to a farm outside of Minatare NE, Bill graduated from Minatare High School in 1963. Bill then attended college at the University of Denver receiving a bachelor’s degree in Business Administration. It was during his college years that he met Corrine A Roseland. Bill and Corrine were married on September 8, 1964, and started a family soon after.
After college Bill and Corrine made their life in Gering where Bill started as a loan officer for Platte Valley Federal and while still in his early twenties became the President of PVF. Bill’s love of music and stereo equipment lead him to leave PVF and start his next business ventures Stereo City Warehouse and Banana’s Records and Tapes, along with other successful businesses such as Roseland Cabinets, Tug's Old West Liquor Store, Heritage Homes, and various farms he owned throughout the valley. Bill and Corrine remained together until her death in 1996.
He remained in the Scottsbluff area for many years afterward working for the Chamber of Commerce and later in life was a salesman for Hinn's Mobile Homes until he retired. Shortly after retirement Bill suffered a lung blood clot, his condition normally proves fatal, but thanks to Bill’s fighting spirit and an impeccable RWMC emergency staff, Bill flatlined 5 times but survived. This health victory did not come without a cost as Bill’s health declined he moved closer to family in Cairo, NE and eventually Gateway Vista Assisted Living Center in Lincoln NE where he remained until his passing. Bill was an exceptional businessman to which many people turned to for assistance and advice. He and Corrine worked hard through their lives to build a good life for the family. He had a sense of humor that people loved and gravitated to. A great patriot he loved America, Husker football, animals, music, and his family. His final words were “I Love You” how blessed we were to have Bill in our life! The family wishes to acknowledge the exceptional care and love Bill received from the Gateway Vista staff during his time there.
His survivors include his sister, Barbara Anderson of Omaha. daughter Gina Doughty of Cairo, son Mike Coleman and Teresa Coleman of Weldona, CO, daughter Barb and Todd Lewien of Omaha, five grandchildren, two great grandchildren, many nieces, nephews, cousins, extended family, and many friends.
He was preceded in death by his wife, parents. brother Dewey, sister Mary Louise Allison, several brothers in law. several sisters in law. nephews and cousins.