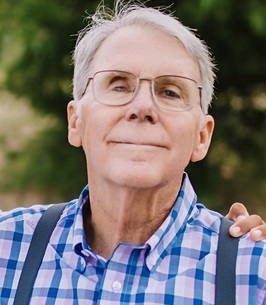 Wayne Arnold Trook, 81, of Gering, Nebraska passed away August 3, 2022, at his home with his loving family close by his side. His memorial service will be held on Monday, August 8, 2022, at 10:30am at Zion Evangelical Church in Scottsbluff with Pastor Andy Griess officiating. The service will be livestreamed on Bridgman Funeral Home Facebook Page. The family requests, in lieu of flowers, memorials in Wayne’s honor be made to Zion Missions - Musonda at Zion Evangelical Church. The Musondas’ work in Zambia was very important to him. Bridgman Family Funeral Home in Scottsbluff is entrusted with arrangements.
Wayne was born March 22, 1941, in Shelton, NE to Vivian and Anna May (Pugsley) Trook. Upon his graduation from Scottsbluff High School, he enlisted in the United States Army and served in Germany, South Korea, and Vietnam. Following his honorable discharge in 1970, Wayne returned home to Scottsbluff. He worked at Lockwood Corp for several years as a welder and was later employed at B&C Steel. He worked as a custodian at Community Christian School until his “first retirement” but later worked as an appliance repairman at Julie’s Antiques. Wayne married Kathy (Jones) Arnold on April 20th, 1985. He became a father to two daughters, Andee and Kayla, and a stepfather to Erik and Kerri Arnold. Wayne was a member of Zion Evangelical Church, serving as a deacon and board member and working in Awana for several years. Wayne was an excellent woodworker and made very intricately crafted fretwork items for their home. He also enjoyed riding his motorcycles and shared many rides with his wife. He was a hard worker and always put forth his best effort with whatever task was before him. He was easy to get along with and could strike up a conversation with anyone about anything.
Wayne is survived by his wife, Kathy; daughters Andee (Teddy Musonda) and Kayla (Logan Kesselring); stepdaughter Kerri Arnold; stepson Erik Arnold; 8 grandchildren; brother Jim Trook; and several nieces and nephews.
He was preceded in death by his parents and sister-in-law Connie Trook.