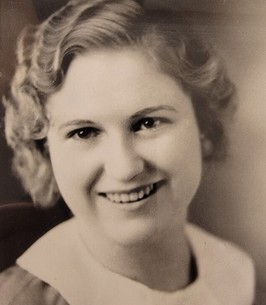 Theodora May Copenhaver, 104, formerly of Scottsbluff, passed away Tuesday March 29, 2022 at Heritage Estates in Gering. There will be no visitation as cremation has taken place in accordance with her wishes. No services have been scheduled at this time. Online condolences may be made by visiting www.bridgmanfuneralhome.com. Bridgman Family Funeral Home and Cremation Service is entrusted with arrangements.
Theodora “Teddy” was born May 9th, 1917 in Fremont, NE to Jack and Stella Hogan. Teddy married Stephen H. Copenhaver Nov 7, 1936, in Gering Neb. Teddy and Stephen bought a home in Scottsbluff on Avenue H where they had three children before Stephen’s death on March 11, 1957. She worked for and retired in July 1982 from the Star Herald newspaper and was an active member of the First Baptist Church.
Teddy was preceded in death by her husband, and three children - Robert Patrick Copenhaver, Stephen George Copenhaver, and Susan Jane Copenhaver – as well as her daughter-in-law Lynne Arlene Copenhaver (Robert), and granddaughter Robin Copenhaver-Villegas. Teddy is the last Copenhaver who lived in Scottsbluff. She is survived by her grandsons Robert P Copenhaver Jr (Stephanie), and Steve Copenhaver (Silvia), and her granddaughters Stephanie Steinle (Doug), and Lynnette Copenhaver. Teddy has 19 great grandchildren and 6 great-great grandchildren.
Teddy was a strong woman who set the example of what it means to never give up in life. She will be missed by many but none more than her grandchildren.