To share your memory on the wall of Terry Dasher, sign in using one of the following options:

Terry was born August 14th, 1977 in Grand Forks, ND. Moved to Scottsbluff area, where 25 years ago she met her best friend, Ryan Dasher. Believing that they balanced and completed the other one, on September 26th, 2005 she said "yes". Joining in this union were her beloved feline babies, Sable, Mitzy and Sammy. She enjoyed arts & crafts, collecting clowns and butterflies. Coming from a military family, Terry was honored to care for the Veterans at Western Nebraska Veterans Home. She received Employee of the Year in 2003 from the State of Nebraska. Employed in Long Term Care for over 23 years, 6 of those years she worked at both WNVH and Monument. Initial employment at Monument, began in dietary department with her mom, she tried housekeeping and laundry then became CNA/MA in nursing department and ended her career at Monument Rehabilitation and Care Center Assisted Living. Numerous times in Terry's nursing career she received Employee of the Month. Residents referred to her as "their favorite". New staff that had the privilege of being trained by her sweet kind loving soul, treasured being taught the proper way to be a CNA with PRIDE, through thick or thin. Terry made working fun, without a dull moment. Well-known for her scare tactics.

To send flowers to the family or plant a tree in memory of Terry Dasher, please visit our Heartfelt Sympathies Store.

Receive notifications about information and event scheduling for Terry

There are no events scheduled. You can still show your support by sending flowers directly to the family, or planting a memorial tree in memory of Terry Dasher.
Visit the Heartfelt Sympathies Store

We encourage you to share your most beloved memories of Terry here, so that the family and other loved ones can always see it. You can upload cherished photographs, or share your favorite stories, and can even comment on those shared by others. 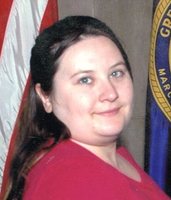