Obituary for Shirley B Cooper (Bott) 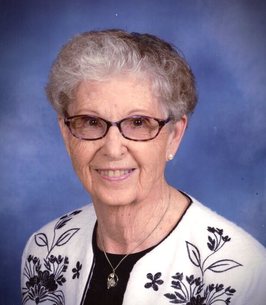 Shirley Lucille Bott Cooper, age 90, of Scottsbluff, Nebraska passed away on September 15, 2022, in Scottsbluff. She was born in Gering, Nebraska November 25, 1931 to Edward Bott and Marie Schneider Bott. She graduated from Gering High School and Scottsbluff Junior College where she earned her Teaching Certificate and met her future husband Albert Yost Cooper. In her teen years Shirley worked at the local theater and root beer stand. With her teaching certificate she taught in Dalton, NE and later within the Scottsbluff Public Schools.

Shirley married her sweetheart, Albert Cooper in 1952 and they were just days away from their 69th anniversary when Albert passed in 2021. He and Shirley danced to the “big bands”, enjoyed many friendships with other couples, were longtime members of the Sugar Valley Sam’s Camping Club, and did much traveling together. Shirley loved to play games and cards and was a sharp competitor until the end. She taught her children and grandchildren those games and family game time was treasured. Shirley valued the friendships of the ladies she played cards with throughout the years and looked forward to each get-together. Shirley was also an avid reader her entire life. She was known to share favorite books and authors with those she knew, and was always looking for the next great book to read.

Over the years, Shirley served on the Hospital Auxiliary, was a Cub Scout Leader, Den Mother, and Blue Bird Leader. She also taught Sunday School and Vacation Bible School. Shirley was an excellent cook and baker; her kids didn’t know what a store bought cookie, cake, or pie was. Her recipes have been passed on and are cherished by many. She was also an accomplished quilter; her family is blessed to have her quilts on their beds and her quilted wall hangings in their homes. Shirley was dearly loved and will be missed greatly by her children, grandchildren, and great-grandchildren.

Ashes will be spread privately by the family. Online condolences may be made by viewing Shirley’s memorial page at www.bridgmanfurneralhome.com. In lieu of flowers, donations may be made to the Scottsbluff Library Foundation or St. John’s Lutheran Church.