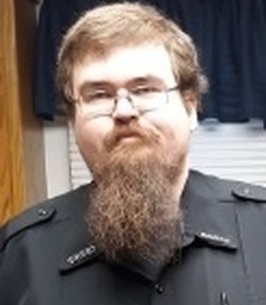 Ryan Raymond Rezac, 30, of Gering, passed away Thursday, June 30, 2022, at his home. His Mass of Christian Burial will be held at 11 a.m. Thursday, July 7, 2022, at Christ the King Catholic Church in Gering with Fr. Mike McDonald as celebrant. Visitation will be held on Wednesday, July 6, 2022, at Bridgman Funeral Home in Scottsbluff from 4-7 p.m., with a rosary service at 6:30 p.m. Cremation will follow services and private family inurnment will be held at Fairview Cemetery in Scottsbluff. It is respectfully requested that in lieu of any flowers, memorials in Ryan’s honor be made in care of his family to be directed to a Police Orphans Fund. Online condolences may be made by viewing Ryan’s memorial page at www.bridgmanfuneralhome.com.
Ryan was born Feb. 23,1992, in Denver, the son of Paul and Patty Rezac.
He graduated from Southwest Early College in Denver in 2010. He dedicated his life to helping others by becoming an emergency medical technician and striving to complete his paramedic training. Although a Colorado boy at heart, he chose to move back to Gering so he could spend time with his grandparents during their golden years.
He became a corrections officer at the Scotts Bluff County Detention Center and found a new passion and a new way to help others. He was easy to talk to and would listen with a kind ear and an open heart. He was active in emergency communications with ham radio (KE0PDY).
He had a love for computers, technology and science. He was a dedicated and loving uncle.
Ryan is survived by his parents, Paul and Patty (Ibach) of Gering; siblings Kendall (Lindsey) Rezac and Darci (Keith) Crow; nieces Katelyn and Kylie Rezac and Makena and Treva Crow; grandparents Roger and Marilyn Held and Theresa Rezac; and aunts, uncles and cousins.
He was preceded in death by grandparents Max and Carolyn Ibach and Ray Rezac.