To share your memory on the wall of Ronald Miller, sign in using one of the following options:

Ronald Dewayne Miller was born on May 16, 1935 in Hope, Kansas to Edna and Gordon Miller. A child of the Great Depression, Ron’s youth growing up on the family farm led to a life-long love of the land and family that wove itself though out his lifetime.

That enthusiasm for the land led him to Fort Hays State, where he majored in soil sciences, receiving a bachelor’s degree and becoming the inaugural recipient of the Bush Gross Award, in recognition of outstanding athletics, scholarship and leadership. Following graduation, he took a job as a range scientist with the Bureau of Indian Affairs in South Dakota, where he met the other love of his life, Sonjia Anne Moul, of Gettysburg, S.D. They married in Dec. 1959, and raised daughter, Wendy, and son, Scott, before moving to Scottsbluff, Neb. in 1970.

Ronald became a local business owner, operating Miller Farm Home Oil Service, and when his children were in school, Ronald and his wife were involved in numerous organizations supporting local education and youth sports. Ronald kept a hand in the agriculture industry by supporting local youth involved in FFA and 4-H.

Ronald ultimately returned full-time to his love of the land, crop advising through Whole Farm Environmental Living Energy Services and promoting the advantages of healthy soil in crop production. He also continued to operate the family farm in Kansas, which he used as his own laboratory to experiment with different methods and materials to improve the life in the land.

Ronald’s family was always an important part of his life, and with his wife Sonjia, they reveled in the years of their grandchildren from Wendy and Steve Getzfrid, Stosh, Maggie and Emma, as the trio grew up. As those children became older, they reveled in the activities and family brought into their lives through Scott’s marriage to Polly Crist and her local extended family; son Brian, nieces and nephews Jesse, Justin and Tyler Baird, and Jada Ellsworth. And they even found some time for themselves, with frequent trips for casino gambling – what he lost at cards (usually), she almost always made up and then some with the slot machines.

He is preceded in death by his wife, Sonjia and his parents.
Read Less

To send flowers to the family or plant a tree in memory of Ronald Miller, please visit our Heartfelt Sympathies Store.

Receive notifications about information and event scheduling for Ronald

There are no events scheduled. You can still show your support by sending flowers directly to the family, or planting a memorial tree in memory of Ronald Miller.
Visit the Heartfelt Sympathies Store

We encourage you to share your most beloved memories of Ronald here, so that the family and other loved ones can always see it. You can upload cherished photographs, or share your favorite stories, and can even comment on those shared by others.

Posted Oct 31, 2020 at 08:27am
Scott, Wendy and family: I am sorry about the passing of your father. Your dad and I had many visits about numerous subjects. He was a “thinker” and I miss those conversations! Ron, RIP my friend! God bless you and your loved ones.
Comment Share
Share via:
LR

Posted Oct 30, 2020 at 02:38am
My sincere condolences Wendy and Scott. Sorry to hear of the passing of your dad. I have wonderful memories of our parents bowling and times at the county fair. My prayers are with you and your family.
Comment Share
Share via:
DA

Posted Oct 28, 2020 at 08:53pm
Scott, Wendy and families, I am so sorry for your loss. I will keep you all in my thoughts and prayers.
Comment Share
Share via:
EO 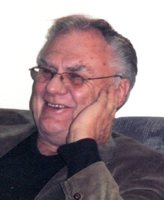