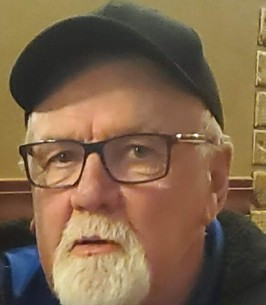 Ronald Gale Cozad, 71, left to be with the Lord on February 26th, 2022. Cremation has taken place and a celebration of his life will be held at a future date. Memorials in Ron’s honor may be made in care of his family to be designated at a later time. Online condolences may be made by viewing Ron’s memorial page at www.bridgmanfuneralhome.com. Bridgman Funeral Home and Cremation Service is entrusted with arrangements.
He was born October 15, 1950 in South Dakota to Charles and Ruth Cozad.
He met his love Sam Calloway many years ago. They lived around the valley then moved to Casper, WY for a few years then finally back at home in Gering, NE.
He enjoyed work at Reganis Auto where he sold vehicles. His off time was usually spent with family or at home watching car shows and sports.
He adored his family! Especially the grandchildren and great grandchildren. They were the highlight of his life.
Ron is survived by his son Ron (Jennifer) Hrasky; daughters Traci (Kenny) Wroblski, Sheri Ashwood and Nicole (Brent) Jackson; brothers Tom Cozad, Jeff (Sheryl) Cozad; sisters Darlene Tagler and Jan (Doug) Williams; and numerous grandchildren and great grandchildren.
He was preceded in death by his parents, his first born son Chad, his love Sam, brother Bill, sisters Barbara and Sharie and four of his beloved nephews.