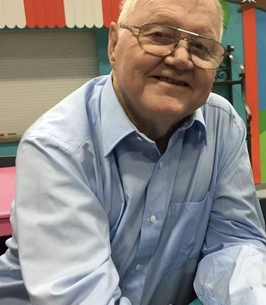 Ronald “Ron” LeRoy Bottrell was called home peacefully on August 2nd, 2022, at Highland Park Care Center in Alliance, Nebraska. His funeral service will be held at 10am on Friday, August 5, 2022, at Bridgman Funeral Home in Scottsbluff with Pastor Rick Reisig officiating. Interment will follow at Fairview Cemetery in Scottsbluff. Visitation will be Friday from 9-10am at the funeral home. Services will be livestreamed on Bridgman Funeral Home Facebook Page. A lunch will be held at The Scottsbluff YMCA Trails Camp Retreat Center 1918 Beltline Highway West at 1pm. In lieu of flowers, memorials may be sent to Bridgman Funeral Home, 2104 Broadway Scottsbluff NE 69361, for designation at a further date. Online condolences may be made by viewing Ron’s memorial page at www.bridgmanfuneralhome.com.
Ron was born December 28, 1946, in Ogallala, Nebraska to Glenn and Goldie Bottrell. Ron met the love of his life, Susan, in a bowling alley in Cheyenne Wyoming. From their union daughters Kimberly and Kristina were born.
They settled in Scotts Bluff County where Ron and Susan worked together to operate their trucking business. Ron retired early due to health issues. He spent his remaining years collecting Nascar, die-cast semis, and many other collectibles. Ron battled extensive health issues throughout his last years of life. Through these health issues he met many people including the wonderful staff Highland Park and the incredible staff at the Dialysis Unit at Box Butte General Hospital who cared for him in his last few months on earth. His sense of humor and orneriness never faded. He adored his children, grand-children, and great-grandchildren more than anything. He touched so many lives here on earth with his quick-wittedness and will be missed by all those who knew him.
He is survived by daughter Kimberly (Zach) Meyer of Rapid City, and daughter Kristina “Krissy” (Tom) Johnson of Fort Collins, Grandchildren Jordan (Veronica) Golden, Tyler Golden, Rileigh Donley-Meyer (Brock Henkel), Meghan Golden, Taylor (Bryan) Ashley, Brendon Johnson, and Emily Johnson, Great Grandchildren Grace Rexus, Jazper Johnson, Blakelyn Golden, Marcella & Camila Verdugo, and one more baby girl he was so excited to meet in October. Brothers Glenn Bottrell & Mike (Diane) Bottrell, Sisters Sandie Smith, Bobbie (John) Kuhn, & Tammy (John) Stolz, numerous nieces, nephews, and other extended family.
He is preceded in death by his parents Glenn and Goldie, the love of his life Susan, mother-in-law Opal, niece Brenda Bottrell, brother-in-law Steve Smith, and numerous aunts & uncles.