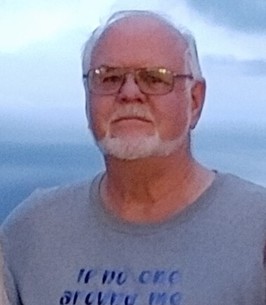 Robert "Bob" Rood, 70, passed away at Regional West Medical Center on February 28, 2022. His funeral service will be held at 2pm on Thursday, March 3, 2022 at the Church of Jesus Christ of Latter Day Saints in Scottsbluff. Interment will follow at Fairview Cemetery in Scottsbluff. Visitation will be on Wednesday at Bridgman Funeral Home in Scottsbluff from 4-7pm. Online condolences may be made by viewing Bob’s memorial page at www.bridgmanfuneralhome.com.
Bob was born April 7, 1951 in Millinocket, Maine to Clarence and Doris (Raymond) Rood, Sr.
In 1970, he graduated from Sidney High School. On April 27, 1974, he married Barbara (Bartels) Rood in Scottsbluff, Nebraska. To this union four children were born.
Bob had a lifetime career as a successful salesman with various companies. He said he never intended to retire because seeing his customers was like visiting with friends. He loved to travel, especially to Branson, MO with the family.
Bob is survived by his wife, Barb, children, Todd (Stephanie) Rood, Deric (Janet) Rood, Cory (Samie) Rood, Scottsbluff and Desira (Mike) Minzey, Gering, Angie Wheelock, Sterling, CO. 12 grandchildren and 4 great grandchildren and expecting two. Sisters, Donna Crichton, Shoshoni, WY, Sharon Brunkhardt, Scottsbluff.
He was preceded in death by his parents and brother, Clarence Rood, Jr.