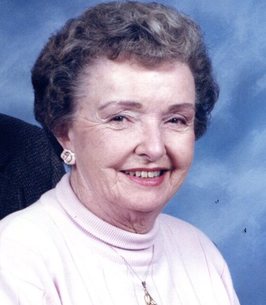 Rita Anne (Fitzmorris) Walrath, 94, of Scottsbluff, passed away on Sunday, June 5, 2022, at The Residency in Scottsbluff. Her memorial service will be held at 2pm on Friday, June 17, 2022, at Gering United Methodist Church with Pastor Seth Leypoldt officiating. Private family inurnment will be at West Lawn Cemetery in Gering. It is respectfully requested that in lieu of any flowers, memorials in Rita’s honor be made in care of The Residency or Legacy of the Plains Museum. Online condolences may be made by viewing Rita’s memorial page at www.bridgmanfuneralhome.com. Bridgman Family Funeral Home and Cremation Services in Scottsbluff is entrusted with arrangements.
Rita Anne Fitzmorris was born on March 23, 1928, in Elmwood Place, Ohio to Chester and Beulah (Eaton) Fitzmorris. They moved to Scottsbluff in 1930. She attended grade school in Scottsbluff, junior high school in Denver, and Scottsbluff High School where she graduated as valedictorian in 1945. She attended Scottsbluff Junior College and graduated from the University of Nebraska in 1949. She was a member of Beta Gamma Sigma business honorary and president of Delta Gamma sorority.
Rita married James Walrath on June 20, 1949. They lived one year in Lincoln then returned to the Gering Valley area where they farmed. In 1964 they purchased Riverview Golf Course, later sold in 1977. She also worked as Office Manager and Bookkeeper for the Gentry Clark Medical Center for almost 30 years.
Rita was a charter member of the Gering Jaycee Ems and was president when the Jaycees started the Oregon Trail Days Barbecue in the park. At that time, the wives were responsible for making all the potato salad for the event. She was a member and first president of the Gering Valley Project Club. She was a member and past president of PEO Chapter EV and the First Methodist Church. She also served as treasurer for the NPV (now Legacy of the Plains) museum. She delivered Meals-on Wheels and volunteered at the hospital gift shop. Rita was an avid bridge player, playing in many different clubs and foursomes.
In 1998 she and Jim moved to the Residency of Scottsbluff, where they lived the remainder of their lives. Thank you to the Residency staff for their compassion and care.
Rita is survived by her son David (Christel) Walrath, daughter Anne Mueller, daughter-in-law Kris (Ron) Brooks, grandchildren James (Sandra), Jeremy (Angela), and Perishia Mueller (Curtis Kessler), Elaine (Cass), Erica (Josh) Cook, Erin, Mike (Kailee), and Nick (Hillary)Walrath, eight great grandchildren, and two great-great grandchildren, as well as many other family.
Preceding her in death were her parents, husband Jim, son Tom, and brother and sister-in-law Dale (Margret) Fitzmorris.