To share your memory on the wall of Randy Scott, sign in using one of the following options:

The family chose to have an intimate private viewing on... Read More
Randy Dean Scott, 67, of Minatare, NE (formerly of Scottsbluff), passed away on January 3, 2021 in Scottsbluff, NE following a prolonged yearlong battle with multiple health issues.

The family chose to have an intimate private viewing only, consistent with Randy’s wishes. A Celebration of Life memorial service will be held at a later time in consideration of the current pandemic and to allow family and friends traveling to attend. Information on services will published at a later date when arrangements can be made. Per Randy’s final wishes, cremation took place January 6, 2021 and his ashes will be spread at the Singleton Ranch following the Celebration of Life.

Randy was born in Rock Spring, Wyoming to Walter & Betty Scott on May 31, 1953. He attended school first at Scottsbluff and later graduated from Morrill High School. Randy married Tammy on July 18, 2009 in Gering, NE. He worked in the auto body repair industry for many years, the last forty-five years prior to retirement in his own business, Quality Auto Body. Pop, as Randy was affectionately known to all, enjoyed airbrushing, hunting, fishing, coaching and watching baseball, football, and woodworking. He was widely known for his ability to entertain and enjoyed the company of his family and close friendships routinely; with none more important than the 4th of July extravaganza at “The Shop”. Pop’s prowess for humor was legendary; you gave him a subject and he was guaranteed to have multiple jokes, stories, and anecdotes that would literally leave your jaw and sides sore from laughing. His capacity for humor was only surpassed by his love for his family and friends – blessed were those that were fortunate enough to truly know Pop.

Memorials may be given to Life Change Connection, a non-profit organization founded by a Diabetic to empower people affected by diabetes. Online condolences may be made by visiting Randy’s memorial page at www.bridgmanfuneralhome.com.
Read Less

To send flowers to the family or plant a tree in memory of Randy D. Scott, please visit our Heartfelt Sympathies Store.

Receive notifications about information and event scheduling for Randy

There are no events scheduled. You can still show your support by sending flowers directly to the family, or planting a memorial tree in memory of Randy D. Scott.
Visit the Heartfelt Sympathies Store

We encourage you to share your most beloved memories of Randy here, so that the family and other loved ones can always see it. You can upload cherished photographs, or share your favorite stories, and can even comment on those shared by others.

Posted Jan 26, 2021 at 08:46am
All of us send our thoughts and prayers to you and yours as you move through this difficult time 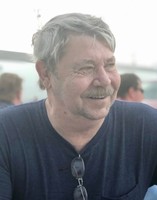 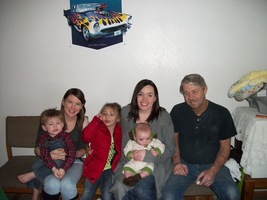 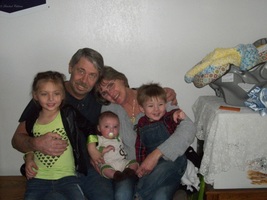