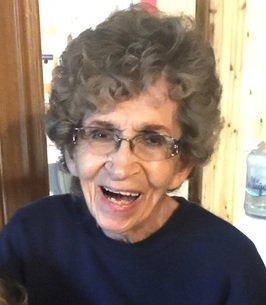 Phyllis N. Duncan, 78, of Mitchell, passed away Thursday, July 28, 2022, at Heritage Estates in Gering. Her memorial service will be held at 2pm on Friday, August 5, 2022, at Bridgman Funeral Home in Scottsbluff with her brother, Charlie Gulley, and her son, Darren Duncan, officiating. It is respectfully requested that in lieu of any flowers, memorials in Phyllis’s honor be made in care of the Mitchell Senior Center. Online condolences may be made by viewing Phyllis’s memorial page at www.jones-mortuary.com. Jones Mortuary in Mitchell is entrusted with arrangements.
Phyllis was born to I.N. (Speed) Gulley and Helen (Fritz) Gulley on September 5, 1943, in Glendale, California. At a young age the family relocated to Wyoming to live with grandparents while Speed was serving in the war. Phyllis grew up on a dairy farm south of Torrington and graduated from Torrington high school in 1961.
Phyllis and Eldon Duncan were united in marriage on June 24, 1961, by the Justice of the Peace in Torrington, Wyoming. Phyllis and Eldon started their family in Torrington and eventually settled in Mitchell, Nebraska. Phyllis enjoyed staying home and raising her four children. Once her children were school age, she spent her time serving others while working in the community and touching many lives along the way. She was a proud Christian woman and enjoyed volunteering her time at the Methodist church. Phyllis later became a member of the Mitchell Berean Church. Phyllis and Eldon were honored to spend their time together at the Mitchell Senior Center as well as delivering meals to residents. They also loved attending events for their grandchildren. Phyllis had a love for drawing horses, journaling, and reading the Bible daily. Phyllis and Eldon were married for 61 years and inseparable in their retirement years. Eldon was the love of her life.
Phyllis is survived by her husband, Eldon Duncan, her children Vincent (Lisa) Duncan, Darren (Sandy) Duncan, Travis (Mary) Duncan, Patti Duncan (Jon Hardt), her brothers Joe Gulley, Dennis Gulley, Charlie (Karla) Gulley, her sister Karen (Todd) Humphreys, her 12 grandchildren, 9 great-grandchildren, several cousins, nieces and nephews.
She was preceded in death by her parents I.N. (Speed) Gulley and Helen (Fritz) Gulley, and her sister (Mary Linn Jenkins). Phyllis will be dearly missed by many.