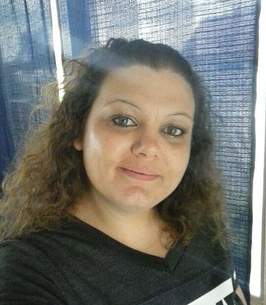 Melissa Anne Romisch left this earth to soon on Friday June 10, 2022. A small memorial service will be held Saturday June 18, 2022, at 9:00 a.m. at Bridgeport State Recreational area. Memorials in Melissa’s honor can be made in care of her daughters. Online condolences may be made by viewing Melissa’s memorial page at www.bridgmanfuneralhome.com. Bridgman Funeral Home and Cremation Service in Scottsbluff is entrusted with arrangements.
Melissa was born July 11, 1981, to Bryan Romisch and Sherri Brooks. She moved to Palisade, Colorado where she spent her childhood until she moved to Scottsbluff in 1997. She later received her GED in Grand Junction, Colorado at R-5 high school. Melissa moved back to the Scottsbluff area finally settling in Bayard in 2013 where she made her home with her daughters. At the time of her passing she was employed at Fanuel.
Melissa enjoyed camping, swimming, fishing, gardening, discussing alien theory and anything involving her daughters. She loved her pets and spending time at the ranch with her life partner. She recently learned to sew so she could spend time with her daughter Kaila.
She is survived by her daughters Daisha (Miguel) Winter, Kaila Sroufe, Brieanna Romisch; her life partner Calvin Vantine and his children; her father and stepmother Bryan and Sandy Romisch; mother Sherri Bankster; sister Christina Romisch; brothers James (RaeAnn) Brooks, Daniel Romisch, Taylor (Courtney) Severyn and William Bankster; grandmother Mary Anne Romisch, grandparents Lary and Lola Severyn; and numerous nieces and a nephew.
Melissa was stubborn as a mule but had a heart of gold and infectious smile that could light up a room.
Rest easy, WE LOVE YOU, and will miss you. CHECK THE OIL!