To share your memory on the wall of Marlan Curtright, sign in using one of the following options:

To send flowers to the family or plant a tree in memory of Marlan Ray "Curt" Curtright, please visit our Heartfelt Sympathies Store.

Receive notifications about information and event scheduling for Marlan

We encourage you to share your most beloved memories of Marlan here, so that the family and other loved ones can always see it. You can upload cherished photographs, or share your favorite stories, and can even comment on those shared by others.

Dave and Sue Loyd sent flowers to the family of Marlan Ray "Curt" Curtright.
Show you care by sending flowers

Posted Jun 02, 2021 at 02:01pm
Jan, I was saddened and shocked to read of Curt's passing. My thoughts have been with you since. Will keep you in my prayers. Love, Lydia
Comment Share
Share via:
TD

I am a thousand winds that blow.
I am a diamond glint in the snow.

I am the sunlight on the ripened grain.
I am the gentle autumn rain.

Of quiet birds in circling flight
I am the soft star shine at night.

Posted Jun 01, 2021 at 10:23am
Jan:
Jan and I were deeply saddened by the loss of Curt, we always looked forward to seeing you guys at our reunions. Curt was the type of friend everybody should have. So many good memories from high school, and the day you guys married.
Comment Share
Share via:
DG 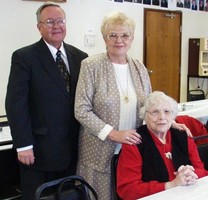 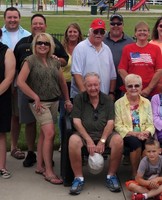