To share your memory on the wall of Marjorie Stephenson, sign in using one of the following options:

To send flowers to the family or plant a tree in memory of Marjorie Stephenson (McMillian), please visit our Heartfelt Sympathies Store.

Receive notifications about information and event scheduling for Marjorie

There are no events scheduled. You can still show your support by sending flowers directly to the family, or planting a memorial tree in memory of Marjorie Stephenson (McMillian).
Visit the Heartfelt Sympathies Store

We encourage you to share your most beloved memories of Marjorie here, so that the family and other loved ones can always see it. You can upload cherished photographs, or share your favorite stories, and can even comment on those shared by others.

Guaranteed hand delivery by a local florist
B

Posted Dec 09, 2020 at 04:56pm
My sincere sympathy to the remaining famlily members. Marge graduated with and others at the Bridgeport High School in 1957.
She was always very friendly and know you all miss her greatly.
Sharon Frickey
Comment Share
Share via:
A

Posted Dec 08, 2020 at 02:31pm
I will miss you very much. We had many visits and good times. My deepest sympathy goes to your family. Anne Muhr
Comment Share
Share via:
KM

Posted Dec 07, 2020 at 05:49pm
I will miss Marge so much. She was a very sweet gal . I enjoyed her crocheting stories as I crochet as well and have made numerous Aphgans for family. I will always miss my dear friend.
Kathleen McKean
Comment Share
Share via:
AW

Marge graduated with my husband, Jerry, with the class of 57. We always enjoyed visiting with Marge at their class reunions. She never had a loss for words. She will be greatly missed. RIP dear friend. 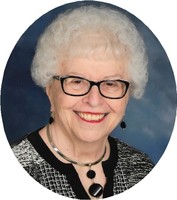