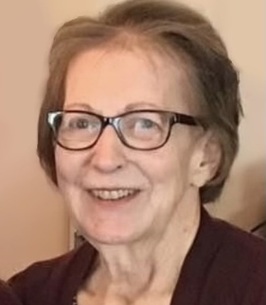 Marilyn M. Wagner, 85, of Mitchell, passed away on Thursday, May 26, 2022, at the Mitchell Care Center. Her memorial service will be held at 11am on Wednesday, July 6, 2022, at Holy Apostles’ Episcopal Church in Mitchell with Pastor Chris Kester-Beyer officiating. Private family inurnment will precede services at Mitchell City Cemetery. It is respectfully requested that in lieu of any flowers, memorials in Marilyn’s honor be made in care of the church or to the Mitchell Public Library. Online condolences may be made by viewing Marilyn’s memorial page at www.jones-mortuary.com. Jones Mortuary in Mitchell is entrusted with arrangements.
Marilyn was born March 18, 1937, in Prescott, IA to Stanley “Peter” Mohr and Helen Beatty Mohr. Marilyn’s family resided in Prescott, Iowa and briefly in Prescott, Arizona where her father died. Her mother, sister, and she moved to Mitchell when Marilyn was in the 6th grade. For a time, they shared a residence with her aunt and uncle, Ruby and George Tallmon, and their children.
Marilyn graduated from Mitchell High School in 1955. She attended Colorado State Teachers College in Greeley, Colorado and graduated in 1959. Marilyn married Arthur “Larry” Wagner June 11, 1961, and they resided in Olympia, Washington and Salem, Oregon before returning to Mitchell in 1963. They had two children, Julie and Gary. Marilyn taught school in Scottsbluff, Olympia, and Haig School before becoming a teacher at Mitchell Elementary, retiring in 1997 after a 31-year career.
Music was an important part of her life. Beginning in high school and continuing past retirement, she sang or played the piano and organ for weddings, funerals, Dorothy Bronson shows, and Mitchell High School musicals. She also taught voice and piano lessons.
She was a member of Holy Apostles’ Episcopal Church where she served as choir director and organist for many years. She was a member of PEO Chapter EU, the American Legion Auxiliary, and numerous bridge clubs.
Marilyn is survived by her husband of 60 years, Larry Wagner; her daughter Julie (Greg) Wilber, Stillwater, OK; her son Gary (Marcy) Wagner, Larned, KS; grandchildren Eric Lovelace, Alec Wilber, Andie Wilber, and Crystal (Derrick) Dart and family; brother-in-law Steve Patrick; nieces Laurie Wieting and Susan Bejot; and nephew Blayne Patrick.
She was preceded in death by her parents, Pete and Helen Mohr; her sister Marcella Parish; brother-in-law Wesly Parish; sister-in-law Norma Patrick; and parents-in-law Alvin and Frances Wagner.