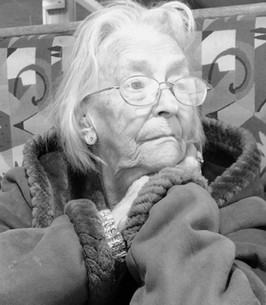 Lydia Amelia Garvin, 91, of Scottsbluff was united with her heavenly family Tuesday, October 12. 2021, at The Residency Care Center in Scottsbluff surrounded by her family following a short battle with cancer. Her memorial service will be held at a later date. Cards may be sent in care of the family, 171 Sugar Factory Road, Scottsbluff, Nebraska 69361. Memorials may be made to the American Cancer Society. Online condolences may be left at www.bridgmanfuneralhome.com. Bridgman Funeral Home in Scottsbluff is assisting the family with arrangements.

Lydia was born March 24, 1930, at New London, Connecticut to John and Emma Butt. She was the oldest of seven siblings. Lydia was an emergency room nurse when she met Rex Garvin and they married in 1955. In 1956, their son Fred was born in New London, and in 1957, they moved back to Nebraska where Cheryl and Janet were born. They were married for 66 years.

Mom loved reading mystery stories, Elvis Presley, and John Wayne. She was a fantastic cook and loved to bake. She loved her family and always had an open house for Christmas Eve. In later years she loved going shopping and outings with Cheryl.

Lydia was preceded in death by her parents, and siblings, Donny, Robert, Hank, Shirley, and Margaret.

Lydia was greatly loved and will be greatly missed.