To share your memory on the wall of Lowell Van Noy, sign in using one of the following options:

Lowell (Steve) was born in Scottsbluff Nebraska on August 13, 1940 to Jean Ellen and Lowell Franklin Van Noy. He grew up loving sports and spent many summers in Cody Wyoming with his grandparents. He graduated from Scottsbluff High School in 1958. While in high school he played basketball and was a champion tennis player. Following high school Steve served in the Nebraska Army National Guard.

In his young adult years, Steve was chief/president of the Scottsbluff Volunteer Fire Department, a local bowling champion and was an active bowler on a league with his coworkers at KN Energy. He also coached little league baseball.

Steve worked for KN Energy and Grays Plumbing and Heating in Scottsbluff. His love of motorcycles led to him working for Yankee Motor Company of Schenectady, New York. Yankee sold Ossa motorcycles; a Spanish made motorcycle. Endeavors with Yankee took him to Europe and every state in the United States except for Alaska and Hawaii. While in high school he worked for Ralph’s Aerial Spraying. He worked again for Ralph’s about 1977 in which he was instrumental in sales. His job also required him to flag fields for spraying and work on the airplanes. He spent much of his career plumbing and was a master plumber. His experience in plumbing brought him into the business of designing and installing sprinkler systems in which he installed many in the western Nebraska panhandle.

Steve was preceded in death by his mother, father, and grandparents.
Read Less

To send flowers to the family or plant a tree in memory of Lowell Stephen Van Noy, please visit our Heartfelt Sympathies Store.

Receive notifications about information and event scheduling for Lowell

We encourage you to share your most beloved memories of Lowell here, so that the family and other loved ones can always see it. You can upload cherished photographs, or share your favorite stories, and can even comment on those shared by others.

Posted May 10, 2021 at 10:19pm
Dear Steve and family,
I am not sure if you are who the PA I worked for when the doctors went together at the Scottsbluff Hospital. I enjoyed my time as a staff nurse and the sense of team work we had among us. I was so impressed when you gave your own kidney to save your loved ones life. Please accept my condolences and remember that we WILL all be reunited at Father Gods calling and what a glorious time that will be.
Friends in Jesus Christ,
Bruce and Donna (Sterkel) Bennett
Kyle, Texas
Comment Share
Share via: 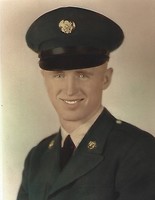