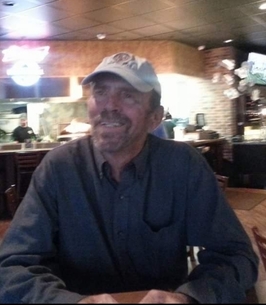 Joseph John (Jack) Wlaschin, Jr. lost his longtime battle with emphysema/COPD on Thursday, July 7th, 2022, at Regional West Medical Center. He was 71 years old. Jack's final wishes were to be cremated. He will be buried alongside his brother Tom in Fairview Cemetery. A Celebration of Life will be held in late August, the location will be determined at a later date but will be announced on Facebook and the Star Herald. Everyone is welcome to come share a memory and a smile. Online condolences may be made by viewing Jack’s memorial page at www.bridgmanfuneralhome.com. Bridgman Family Funeral Home and Cremation Service in Scottsbluff is entrusted with arrangements.
Jack was the second of six sons born to Joseph and Charlotte Wlaschin on August 28th, 1950, in Gordon, Nebraska. The family moved to San Diego that same year and then settled in Scottsbluff in 1955. Jack attended St. Agnes school until 1964, when he and his brother Butch enrolled at Trinity Prep Seminary in Sioux City, Iowa. He stayed there until the school's closing in 1967 and finished his high school education at SBSH, graduating with the class of ‘68.
In 1969, he enlisted in the National Guard and then went active duty in the Army in 1970. He was stationed at Fort Carson in Colorado Springs, CO and then in Darmstadt, Germany. As told by his lifelong friend and Army buddy, Jack Aman, Jack served in the U.S. Army during the Vietnam Conflict and the Cold War. He was assigned to Headquarters, 5th Corps Artillery in Darmstadt, Germany. It was a large, important unit. He had the important job of running the mail room that served the entire Headquarters--about 500 people. Then as now, mail was VERY important to soldiers. His job really involved service to his fellow soldiers and friends...perfect for him. Everybody in the Army had some kind of a nickname and naturally, he was "Mailman." It was during that time he married his first wife and welcomed his first daughter, Melissa, In 1972. He proudly participated in Nixon's Inauguration working as security detail. Once discharged from the Army and his marriage, he decided to further his education at Chadron State College, receiving his Bachelor's Degree in Psychology. Upon graduation, he moved to Lincoln and started working with special needs patients at the State Hospital while attending UNL and receiving his Masters Degree. He remarried and that union produced his daughter, Molly, in 1977.
In 1982, Jack found himself divorced again and needing a fresh start, so he packed up his VW van and headed west to San Bernardino, CA where he worked at a youth correctional halfway house, helping young offenders transition back into society. In 1987, at his daughter's request, he moved to Fort Collins, CO. There he took on the position as Program Director for the newly developed Youth Emancipation Program for Larimer County.
In 1992, he felt he needed a change and took on a whole new career in construction; first starting in concrete, then directional drilling. In 1997, he was contracted through the Federal Highway Administration as a construction Inspector. Soon after, the FHWA invited Jack to work for them as an Assistant Project Engineer/Manager. He stayed on until his illness forced him into early retirement. In 2016, he moved back to Scottsbluff and lived with his brother, Tom. Both claimed they were there to take care of the other. That dispute was never settled as Melissa moved in to take care of both of them in 2018. Jack stayed in his childhood home until a bout of pneumonia put him in the hospital on June 6th. He passed away 31 days later.
All of Jack's family and friends agree that he was one of a kind. He was incredibly smart with a fantastic sense of humor - he could find a reason to laugh in even the darkest of times. He was generous with his time, his friendship, his ear, and shoulder when needed. He lived his life unapologetically. He was a non-conformist, a champion for the underdog, and a sharp observer of the human condition. He was a musician, a storyteller, and a dreamer. He was a restless spirit who needed to wander. Working for FHWA, Jack was at his happiest - it afforded him the ability to do two things that he loved - traveling and making new friends. He was loved by many and will be missed terribly. Our world will be a less interesting place without Jack in it.
Jack is survived by brothers Butch (Rosemary) Wlaschin of Millville, Delaware; Patrick (Sharon) Wlaschin of Placitas, NM; Christopher (Pam) Wlaschin of Lincoln, NE; and Andrew (Gina) Wlaschin of Dothan, Alabama; two daughters, Melissa of Scottsbluff and Molly of Westminster, CO. two grandsons and two great-grandsons, along with countless nieces, nephews, great- nieces and nephews - all of whom deemed Uncle Jack as their favorite.
He is preceded in death by his beloved brother, Tom, mother, Charlotte, and father, Joe.