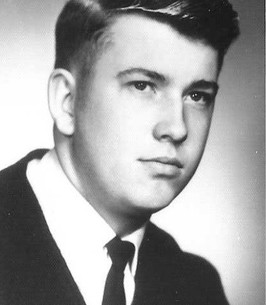 Jacob Lemuel “JL” Ewing, 71, of Mitchell, passed away Thursday, July 28, 2022, at Regional West Medical Center in Scottsbluff. A celebration of life will be held at Ayala’s on the Fairway at Scenic Knolls golf course in Mitchell on Saturday, August 13, from 4 to 6:30 pm. In lieu of any flowers, memorials in JL’s honor may be made in care of the Festival of Hope. A buffet and water/tea will be provided. The family requests casual attire, and anyone with a car or bike they’re especially proud of please bring it out for everyone to enjoy. Online condolences may be made by viewing JL’s memorial page at www.jones-mortuary.com. Jones Mortuary in Mitchell is entrusted with arrangements.
JL was born on June 18, 1951, to Duane and Vivian (Lind) Ewing. He grew up in Mitchell Nebraska, where he attended and graduated from Mitchell High School in 1969. While in High School he was active in band, playing the tuba, as well as the vocal group the No Names. After graduation, he studied auto mechanics at the community college in Sidney, Nebraska. The stories of his adventures in Sidney were plentiful, and the tales of bait and switch drag races live on to this day. While attending college, he would return to Mitchell to work in the projection booth and sweet shop of the Nile Theater. After high school, JL began dating his former classmate, Vicki Hale, whom he married in September of 1975. Through his lifelong love of cars, JL formed many friendships, including those with the early members of the Scottsbluff Valley Street Rods. The following years were filled with fun times on the open road, at rod runs and car shows, spending time with his growing family and friends. It was during this time that he also joined the Mitchell Volunteer Fire Department as a firefighter and EMT.
He worked at several local garages until taking over his father’s milk route at Gillette Dairy. JL and Vicki welcomed a son, Aron, and then found their home north of Mitchell. A daughter, Sara, joined the family a few years later. In the late 1980’s JL began working at Kurt Manufacturing in Lyman, where he would work until he retired due to health issues. In late 2008, JL’s kidneys failed, and he began dialysis treatments. Even with his health struggles, he loved working on his cars, and traveling to car shows and rod runs. Kool Deadwood Nites was one of his yearly trips, he enjoyed seeing all the cars, and scaring his wife on the winding roads through the Black Hills on the drive up. In 2014, he was blessed with a kidney transplant. JL faced each new challenge head on, without complaint, and without ever feeling sorry for himself. His final challenge presented itself in 2021 when he found a small lump on his neck. The cancer moved quickly, and he passed away on July 28, 2022, at Regional West Medical Center with his wife Vicki at his side. He was 71 years old.
JL is survived by his wife Vicki, his son Aron, daughter Sara, grand children Jacob and Kelsey, great grandchildren Asher and Araena, as well as several cousins and extended family. He was preceded in death by his father Duane, mother Vivian, brother Arvene, and father-in-law Bob Hale.