To share your memory on the wall of Fred Hara, sign in using one of the following options:

In lieu of flowers, memorials in Fred’s name may be made to the Legacy of the Plains – WNYMA Japanese Hall Fund or the First United Methodist Church of Scottsbluff. Online Condolences may be made at www.bridgmanfuneralhome.com.

Fred was born on February 16, 1927 in La Junta, CO, to Itsuno Arakawa and Soshichi Hara. He moved to Nebraska in 1935 and graduated from Scottsbluff High School in 1944.

He married June Kishimoto on December 4, 1955 and raised 4 children. He farmed for 33 years in the Mitchell Valley area raising sugar beets, corn, beans, alfalfa, and cattle. In 1988, they retired and moved to Scottsbluff.

Fred proudly served our country in the U.S. Army from 1950–1952 and was selected to participate on the Honor Flight to Washington DC in 2013. Always active, he was a member and volunteer at the First United Methodist Church, American Legion, Western Nebraska Young Men’s Association, served on the Haig school board for 12 years, was active in the Monument Valley Iris Society, enjoyed bowling with the ABC Bowling league for over 60 years and was inducted into the USBC Hall of Fame, elected to the USDA ASC Committee, earned a Master Gardener Certification and multiple Master Angler awards. Fred enjoyed fishing, woodworking, gardening, travel, and his friends. Fred was a great family man and an inspiration for how to live life.

Fred was preceded in death by his wife of 57 years, June Kishimoto Hara; his brothers George, Dan, Frank, and Ted; sisters Ayako Kishiyama and Kazue Nagasawa.

Masks will be required at the church services and the Funeral Service will be streamed online at www.facebook.com/methodistchurchscottsbluff/videos as well as www.firstumcsb.com/live and then posted on YouTube under First United Methodist Church – Scottsbluff, NE’s account.

To send flowers to the family or plant a tree in memory of Fred Noboru Hara, please visit our Heartfelt Sympathies Store.

Receive notifications about information and event scheduling for Fred

We encourage you to share your most beloved memories of Fred here, so that the family and other loved ones can always see it. You can upload cherished photographs, or share your favorite stories, and can even comment on those shared by others.

Posted Oct 31, 2020 at 04:59pm
My sincere condolences to the Hara family. Your parents always treated me so well. I sit with them at the kitchen table many times talking about gardening and many other topics. They were so gracious! Your father, he was one of my most remembered individuals from Scottsbluff and a good friend. May God bless you all.
Comment Share
Share via:
AR

Posted Oct 13, 2020 at 02:52pm
To Fred's family,
The Monument Iris Club will greatly miss Fred. He was remarkable - so friendly, knowledgable, and always willing to pitch in and help with whatever needed to be done.

Posted Oct 12, 2020 at 12:57pm
When I was hired at Haig, Fred was on the school board. What a sweet man. I got to know him while I was there, and thru the years at the Iris Show. He never failed to have a smile for me. Later, when I retired from teaching, I needed some documentation that I had taught at a Haig. He was happy to write a letter for me. I always enjoyed running into him and your mom. My thoughts are with your family at this difficult time. He was a special guy. Sincerely, Deb Tagler Aschenbrenner
Comment Share
Share via:
Posted Oct 12, 2020 at 12:19pm
I have known Fred thru bowling, gardening and his work in saving the Japanese Hall. I considered him to be not only a friend but a great person. He has been instrumental in preserving the Japanese Hall and telling the story of the settlement of the Japanese Americans in the area. My only regret is he will not see the project completed. In his memory we plan to give a donation to the Japanese Hall fund at Legacy of the Plains. My wife and I regret that we will not be able to come to his service, but due to the pandemic we feel best to stay away from large crowds. Best wishes to his family and friends.
Don And Meredyth Gentry.
Comment Share
Share via: 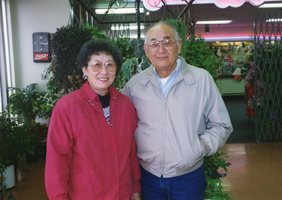 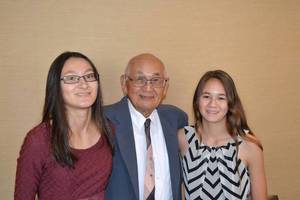 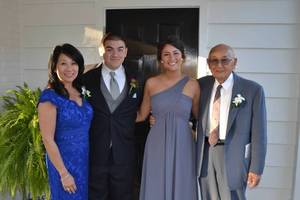