To share your memory on the wall of Esther Rodriguez, sign in using one of the following options:

Funeral Services will be on Wednesday, September 30 at Bridgman Funeral Home with Pastor Rick Reisig officiating. The casket will be closed and there will be no vi... Read More
Esther Rodriguez, 96, of Scottsbluff, passed away on September 20, 2020.

Funeral Services will be on Wednesday, September 30 at Bridgman Funeral Home with Pastor Rick Reisig officiating. The casket will be closed and there will be no visitation.

In lieu of flowers, memorials may be made in care of the family to designate at a later time.

Esther Velasquez Rodriguez was born in Del Rio, Texas on March 22, 1924 to Francisco and Ventura Velasquez. She graduated from the National Photo Coloring School in Chicago, Illinois. She loved to babysit children and also enjoyed quilting by hand. She married Gregory C. Rodriguez in Harrisburg, Nebraska in 1954.

Esther was preceded in death by her parents; husband Gregory Rodriguez Sr.; one brother, three sisters and other family.

Esther’s wish was that one day she could get all of the parents together of the children she was able to babysit to thank them all for trusting her with their children.
Read Less

To send flowers to the family or plant a tree in memory of Esther Rodriguez, please visit our Heartfelt Sympathies Store.

Receive notifications about information and event scheduling for Esther

We encourage you to share your most beloved memories of Esther here, so that the family and other loved ones can always see it. You can upload cherished photographs, or share your favorite stories, and can even comment on those shared by others. 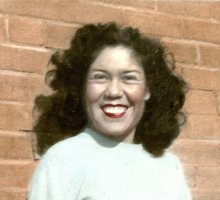