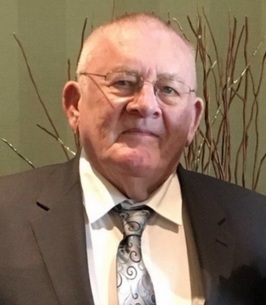 It is with great sadness that the family of Edwin Kling Jr., announce his passing, August 26, at The Residency care center in Scottsbluff. His memorial service will be held on September 23, 2022, at 11:30am at Zion Evangelical Church in Scottsbluff with Pastor Andy Griess officiating. Private family inurnment will be held at West Lawn Cemetery in Gering. It is respectfully requested that in lieu of any flowers, memorials in Edwin’s honor be made in care of the church. Online condolences may be made by viewing Edwin’s memorial page at www.bridgmanfuneralhome.com. Bridgman Family Funeral Home and Cremation Service is entrusted with arrangements
Edwin was born January 14, 1938, to Edward and Pauline (Zieler) Kling. He married Elaine (Gettman), June 14, 1959. Ed was a member of Zion Evangelical Church in Scottsbluff and was very active in the church. He was a deacon, and on the board for many years. Ed farmed for many years, later he moved to town and worked at Lockwood’s. He later had Kling and Sons painting, then went to work at Beverly nursing center.
Edwin is survived by five children, Kim (Steve) Runion, Greg (HyeKyong), Crystal (Luke) Ballard, Brad (Bobbi), Curt (Heidi); thirteen grandchildren; four great grandchildren; sisters Vernetta Klein and Pat (Alan) Dolberg; sisters-in-law, Sandy Kling, Dorothy Kuntz and Caroline Hall; brother-in-law, Bill (Sandy) Gettman; and his beloved dog, Gus.
Ed was preceded in death by his wife, Elaine, father and mother, Ed and Pauline Kling, brother Jack Kling, brothers-in-law Clarence Kuntz and Rich Hall, and numerous aunts and uncles.