To share your memory on the wall of Doug Millay, sign in using one of the following options:

To send flowers to the family or plant a tree in memory of Doug Wayne Millay, please visit our Heartfelt Sympathies Store.

Receive notifications about information and event scheduling for Doug

We encourage you to share your most beloved memories of Doug here, so that the family and other loved ones can always see it. You can upload cherished photographs, or share your favorite stories, and can even comment on those shared by others.

Posted Dec 23, 2020 at 08:46am
How sorry we were to read in the Kadoka Press of the death of Doug. I was the pastor at the Presbyterian Church in Kadoka were his family attended. His father was our church treasurer. We knew Doug and his sister Lisa. This is a great loss. It has been many years since Doug lived in Kadoka but I am sure that there are many that remember him fondly. Gary and Ruth McCubbin, Wadsworth, Ohio
Comment Share
Share via:
PC

Posted Dec 19, 2020 at 09:18pm
Dear Millay family, I am so saddened for your loss of Doug. You are all special people and I will be praying for your emptiness to fill with the love and memories you have of Doug. Time will give you peace. Patti (Bamrick) Clay. 🙏
Comment Share
Share via:
GS

Posted Dec 17, 2020 at 01:51pm
Dear Peggy, Elizabeth, Madeline and Alaina,
We are so sorry to hear of the passing of Doug. You are in our thoughts and prayers. May special and beautiful memories keep him close in your hearts and bring you peace. May he rest in peace. Gene and Mari Schwarzkopf
Comment Share
Share via: 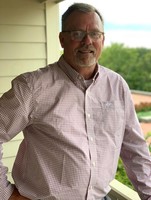