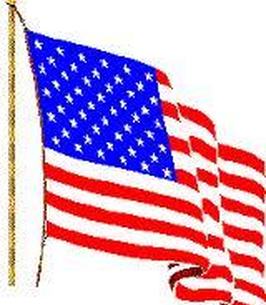 Donald Larry Fowler, 78, died peacefully at Heritage Estates on June 15, 2022, after a long battle with several health conditions and finally succumbing to cancer. Per his request he was cremated, and his ashes will be interred at West Lawn Cemetery in Gering. There will be a funeral service on July 15th at 10:00am at the Gering Methodist Church with Reverend Francis Kinyua officiating. Donations can be made to the Gering American Legion or to the Wounded Warriors in his name. There will be a lunch provided by the American Legion/Auxillary at their location immediately following the service. Interment will be at 1:30pm for family members and include full military honors provided by the Gering American Legion Honor Guard. Larry was born on September 20, 1943, to Don and Frances Fowler. Online condolences may be made by viewing Larry’s memorial page at www.bridgmanfuneralhome.com. Bridgman Family Funeral Home and Cremation Service in Scottsbluff is entrusted with arrangements.
He graduated from Gering High School in 1961 where he was active in band, and sports. In 1963 he joined the Air Force and was proud to serve his country. After completing tech school, he returned to Gering to marry his sweetheart, Judi Jolly, and they were off to Chicksands, Bedford in England where he began his deployment as a radio intercept analyst putting his skills for solving puzzles to good use in an intelligence position. He wasn’t allowed to talk much about his job, but he loved it and they loved their time in Bedford. While abroad, his son William Wesley (Wes) was born on May 13, 1966, in London.
After his time spent in England, he was sent to Omaha and SAC underground where he completed his 4 years of service. In 1967, Larry attended Sidney VoTech where he completed his associates degree in Construction, Welding and Drafting. He then moved back to Gering where he began work in the family construction business, Reeder Construction.
On November 7, 1969, his son Daniel Douglas (Dan) was born. Larry enjoyed coaching both boys in baseball as well as teaching them to fish and taking trips to camp. Larry loved life and his community. He served as a volunteer fireman and EMT for many years. He was also very active with the American Legion where he became the adjutant commander and helped start the Sons for the American Legion. In the 80s, construction work was slow in the valley, so Larry stayed with a friend and worked for a year as a finish carpenter in Denver. After that he applied with the Post Office starting at the Englewood office and as soon as he was eligible, transferring back to Gering where he worked for 15 years as a mail carrier. He and Judi were happy to be home.
After retirement Larry continued his passion for fishing buying a cabin at Lake McConaughy and several boats. He loved rooting for the Huskers and was known by all for being a huge Green Bay Packer fan. He remained in good spirits even though his health kept him mostly in the house the past few years. He still always enjoyed talks with friends and family. He also never missed an episode of Jeopardy and continued to amaze all of us and even himself at times with his knowledge and memory.
Larry is survived by Judi, his wife of 58 years; sister Nancy Hale (Ron); sons Wes (Jody) and Dan (Lisa) Fowler; grandsons Garrett (Casey) and Andrew Fowler; granddaughters Alexis (Chris) Gallegos and Leah (Vince Aielo) Fowler; and two great-granddaughters, Marina Aielo and Charlotte Gallegos; and numerous nieces and nephews.
He was preceded in death by his parents Don and Francis Fowler, in-laws Bill and Molly Jolly, and brothers-in-law Lyle Hansen and Jack Jolly.
Larry loved his family and friends and will be missed by those who knew and loved him.