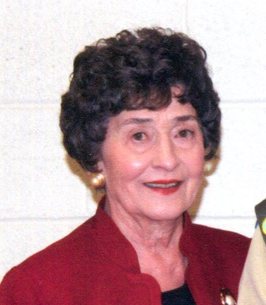 Alice Joan Braaten, 85, of Scottsbluff, passed away Friday, May 13, 2022, at Heritage Estates in Gering. Her memorial service will be held at 11am on Thursday, May 19, 2022, at Calvary Lutheran Church in Scottsbluff with Pastor Sheryl Kester-Beyer officiating. Private family inurnment will be held at Fairview Cemetery in Scottsbluff. It is respectfully requested that in lieu of any flowers, memorials in Alice’s honor be made in care of the church. Online condolences may be made by viewing Alice’s memorial page at www.bridgmanfuneralhome.com. Bridgman Family Funeral Home and Cremation Service in Scottsbluff is entrusted with arrangements.
Alice was born on February 26, 1937, to Samuel and Elizabeth (Miller) Backer in Torrington, WY. She graduated from Torrington High School in 1955. After high school, Alice attended Colorado State University where she received an Associate of Science, secretarial degree. Along with her sister Jeannie, Alice moved to Fargo, ND in 1958 to work as a secretary for Lutheran Hospitals and Homes. It was in Fargo that she met Marvin H. Braaten. They were married on August 19, 1960. They welcomed their daughter Michelle a year later, on August 15, 1961. The family moved to Scottsbluff, NE in January 1963.
Alice began working as an executive secretary for Scottsbluff Junior College in 1966, and continued working at the new campus, Nebraska Western College, until 1977. At that time, Alice received her real estate license and worked for Bitner-Warner Realty, Century-21, for many years. Alice was a longtime member of Calvary Lutheran Church. She was a member of PEO, Chapter FC, where she held various offices. She loved playing the piano, and spending time in her yard with her flowers. Most of all, Alice loved her family. Attending her daughter’s and grandsons’ activities brought her great joy. She loved traveling with Marv and family, especially their yearly visits to the mountains of Colorado.
Alice is survived by her husband Marv, daughter and son-in-law Michelle and Patrick Smith, grandsons Derek Smith and Craig Smith, and sister Jeannie Stormoe. She is also survived by sisters-in-law Lyla Grant, Bonnie Braaten, Helen Armstrong, Carol Andersen and Connie Hulett, brother-in-law Eldon Andersen, and numerous nieces and nephews.
She is preceded in death by her parents Sam and Betty Backer, father-in-law and mother-in-law Hans and Mabel Braaten, sisters-in-law Esther Thompson, and Rachel Thompson, brothers-in-law Donovan Stormoe, Melvin Thompson, Raymond Thompson, Robert Grant, Glenn Braaten, Gary Armstrong, and Clay Hulett. Alice will be deeply missed by her family and friends.
“Fear not, I have called you by name…you are mine.” Isaiah 43:1-3